In spite of my inevitable emergence into the dreaded senior years of life, a steady dose of “rock and roll” fuels a renewed sense of youthful vigor these days. My friendships, it seems, share a similar anti- aging disposition. I think of my sports buddy in Santa Cruz California, for example, whose fanaticism for buying/selling oldies albums grows into a productive source of extra income after retiring as a teacher. Or I contemplate my spirited lunchtime chats about rock &roll legends with a former professor colleague in Fort Lauderdale who delivers popular lectures at a local Jewish Community Center about famed rock icons of the past. Social media interactions with my baby boomer Facebook friends daily also reveal a heavy bias toward classic rock postings of upcoming concerts, You Tube video clips, and nostalgic slang/paraphernalia.

As for me, a travel heavy lifestyle keeps rock music most relevant as I strive to search online ( eg.Stub Hub and Bandsintown…)for live concerts to book in conjunction with road trip itineraries, weekend “getaways”, cruise shows, and European festivals. Fittingly then, my short visit to Cleveland Ohio, last week, would provide plenty of magical musical moments in my latest visit downtown to the Rock & Roll Hall of Fame. I urge you now to this settle into the musical vibes of “Cleveland Rocks” in the following photographs.

The intense Southern croons of Elvis Presley, the “King”, evoke timeless memories of his musical greatness at the Rock and Roll Hall of Fame. 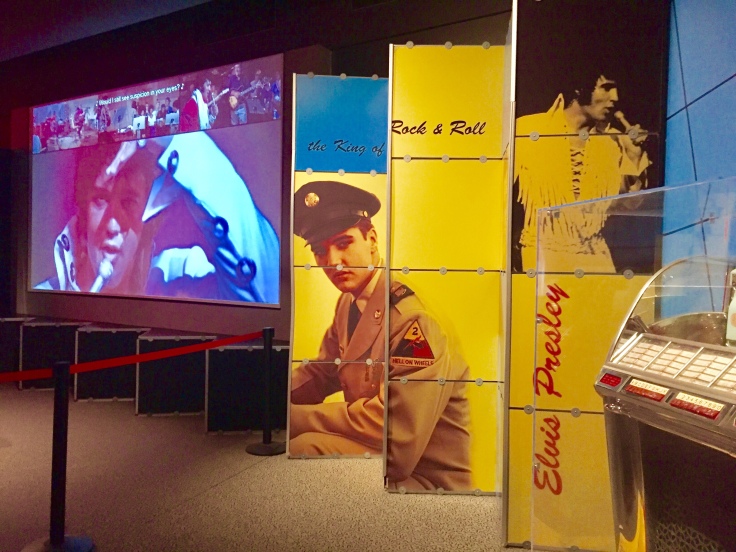 Cousin Brucie rolled the AM radio waves with rock&roll madness on date night Saturday’s as simulated on this music box.

Historic galleries here revealed that dressing for the part of rock and roll stardom in the past required creative imagination. 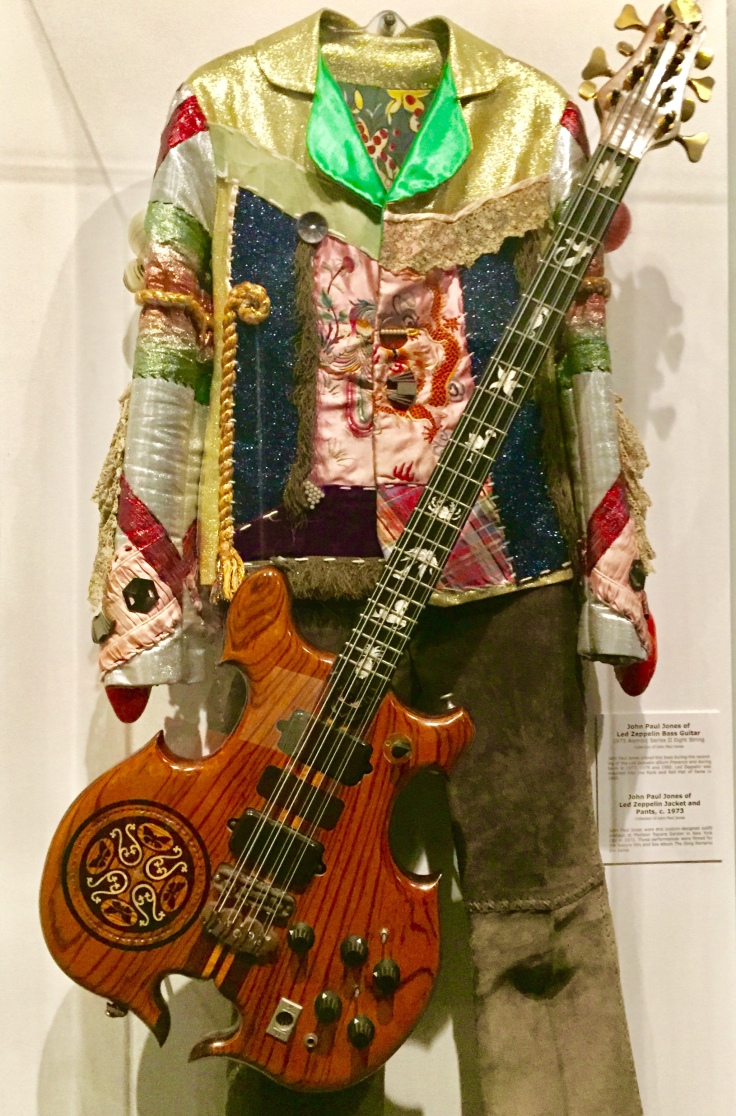 So did “boombox” blasts from cassette tape cartridges later. 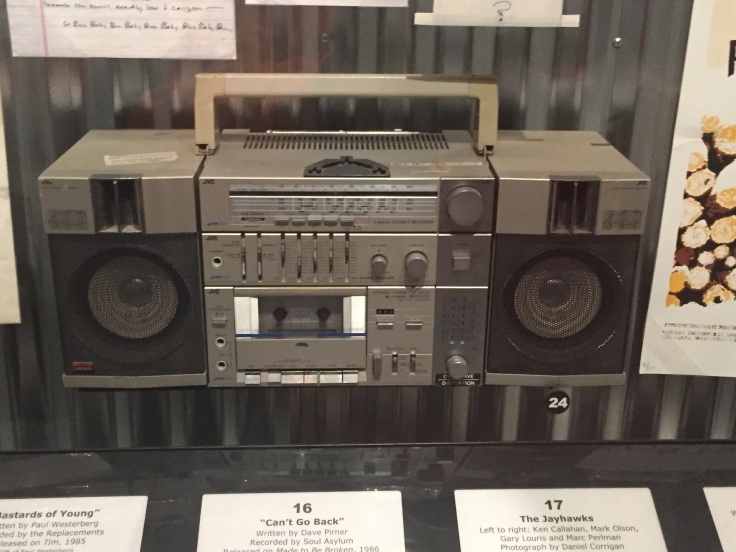 If you were cool to rock & roll music you often read Rolling Stone Magazines like the ones displayed in this exhibition. 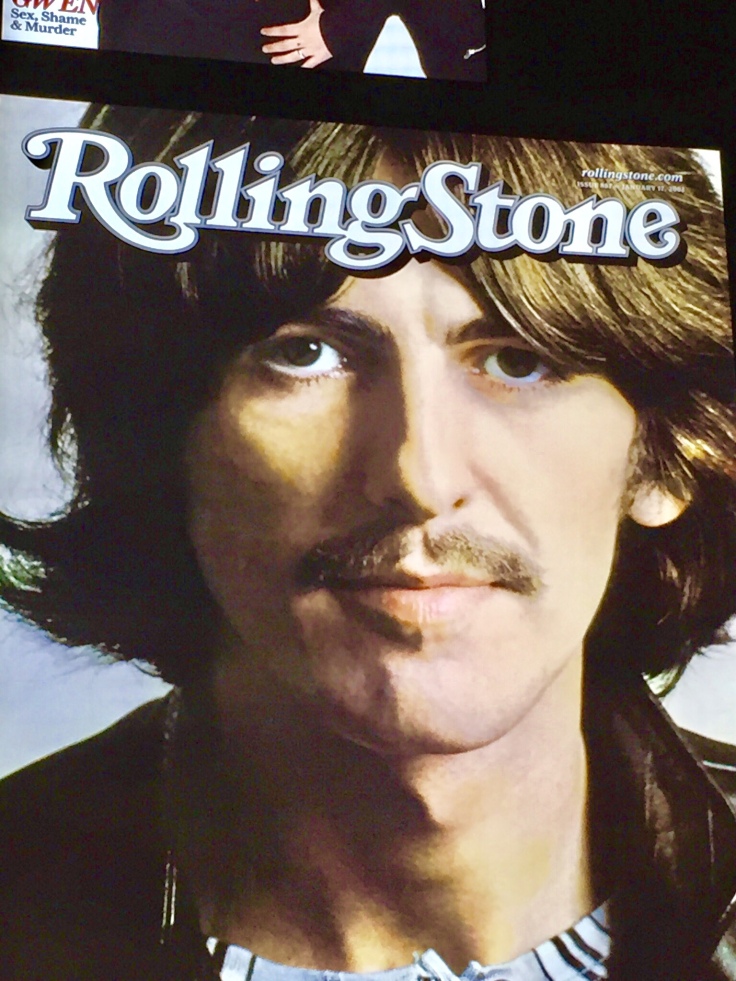 Vivid memories of “The Who” presence in this gallery reminded me that a guitar never seemed safe from physical destruction at the end of their “gigs.”

An eye catching poster such as the the one shown here would often promote an upcoming live performance before the advent of the Internet. 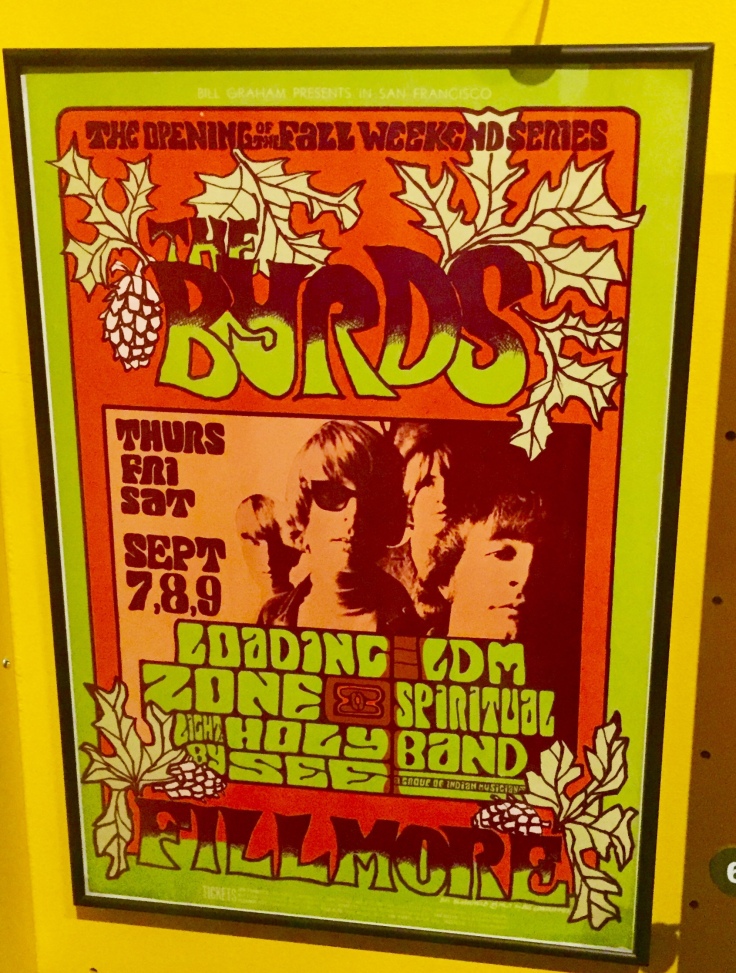 In today’s times at the Rock Hall “Garage”, you might even create your own musical “riffs” of classic rock & roll tunes.

Or visit downtown Cleveland and re-embrace in an open arena setting the “retro” aliveness surrounding a classic rock & roll concert.

5 thoughts on “Cleveland: A Blast Of Rock & Roll Past”