”The museum believes today’s quilters create extraordinary artwork that is a unique and wonderful sensory experience for everyone.” (The National Quilt Museum – Mission Statement)

I’ve always loved the cozy feel of a thickly built quilt. After all, snuggling under a quilt helped me to face those frigid Northeastern Ohio winters in my childhood. I also fondly recall how my late Aunt Lil would donate her colorfully made, homemade quilts to friends/family during holiday times. I would never have expected, however, that a deeper motive behind my aunt’s generosity would be more than providing warmth in winter. For I realize now that her quilting hobby seemed to spread a positive message for human acceptance, decency and kindness.

So with visions of Aunt Lil’s  quilting spirit in mind, I recognized a similar plea for human rights concerns during our road trip visit on June 8 to the National Quilt Museum in Paducah, Kentucky, a small river town on the Ohio River. In the photographs that follow, you will thus view a timely collection of quilts representing (1) victims whose human rights have been denied in our country, (2) famed heroes who fought for them, and (3) those human qualities needed for positive social changes in our country now.

Ruby Bridge, a brave little girl, willingly crossed the lines of segregation in New Orleans to go to school.

During the Nazi Holocaust of World War II, Arthur Schindler and other heroic individuals overcame the evils of Anti- Semitism by serving as rescuers of Jewish people at the time.

A heavy personal burden rests on those individuals who have been displaced from their homelands for religious/political persecution.

Children are colorblind. Such innocence inspires us to unite against racial injustice and hatred in the world today.

Finding unity in diversity resonates in today’s protest demonstrations of “Black Lives Matter” to counteract the historic evils of racial prejudice in America.

John L. Lewis organized a freedom march of African Americans from Montgomery to Selma, Alabama which led to the passage of the Voting Rights Act Of 1965.

The United Nations recognizes clean water and adequate sanitation are to be considered as basic human right for all peoples of the world.

Our free union of states forms a fundamental concept in the concept of America. Does the political will of our country sustain the continuance of that concept? 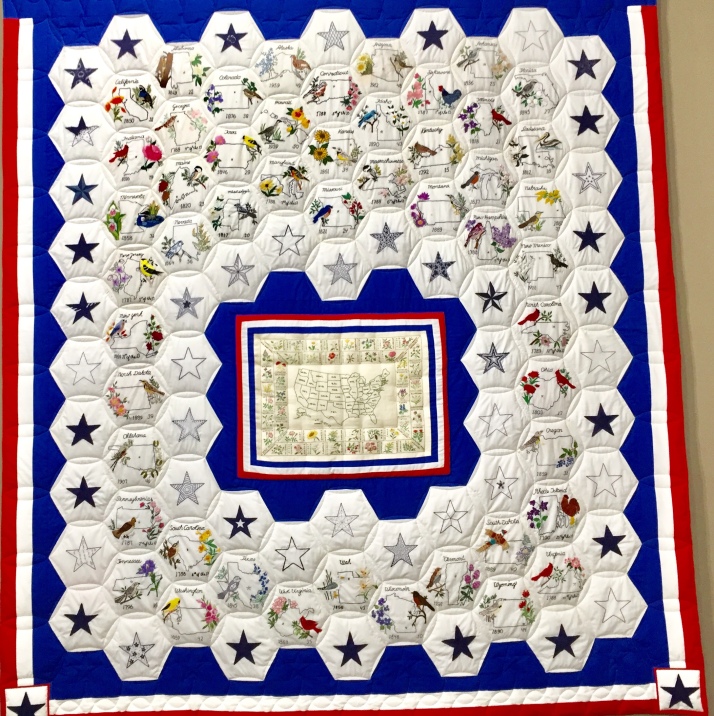 4 thoughts on “Human Rights In Fabric”