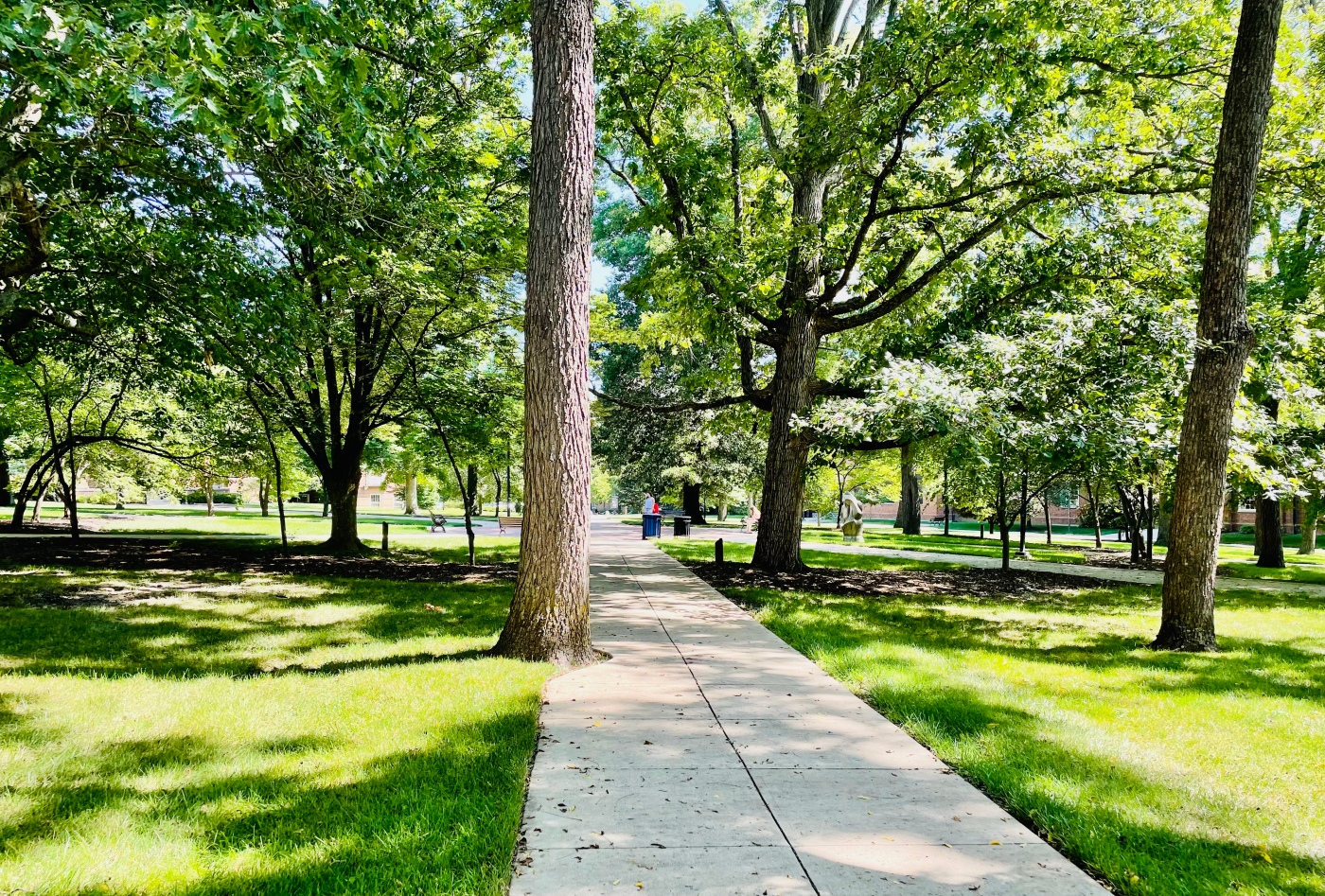 “ Miami University – The most beautiful campus that ever there was.” (Robert Frost)

In traveling through Ohio, a casual tourist might make the assumption of this state as backcountry farmland interspersed with a few industrial cities in between. Keep in mind, however, that the “Buckeye State” contains an impressive array of fourteen public universities and over fifty private college institutions offering higher education services in 2022. In this regard, I recall growing up in Greater Akron reading news snippets about small schools such as Wittenberg, Mount Union, Denison, and Oberlin, primarily during basketball season. Meanwhile, Ohio State University elevated my imagination at all times in those formative years as the almighty “Land Of Oz.” Over fifty years later living freely as a road tripper, I now relish the chance to actually visit many of them in person.

So you might understand how happy I felt when my Zoom yoga teacher in Ohio invited Ruth and me to show us around historic Miami University in her hometown of Oxford last Wednesday. For besides getting the chance to finally see her kind soul presence in person, I also looked forward to some nostalgic observance of the “buzz” excitement with undergraduate students welcomed back to campus before late August classes began. Looking back then to that morning of our Oxford visit, it seems that our gracious host seemed quite knowledgeable about the Oxford College experience and thus personalized our walking tour to make it freshly real.

Certainly, I enjoyed the opportunity to photograph the many stately stone and brick buildings of learning at Oxford, some of which dated back to the early 19th century. But such iconic images of academia could be deceiving as I learned how the current trend of student self entitlement on campus might conflict with such strict adherence to such high academic standards seemingly projected here. I wondered then to what extent I once felt such pressure to indulge in self centered pursuit of fun rather than prioritizing course study time matters. Nostalgic memories of college further surfaced for me when our walk continued through open “greens” , some floral gardens and to a covered bridge. For I observed myself  daydreaming again as that ambitious student desperately needing to take time to find a similar campus oasis to get away from academic pressures and relax.

It also seemed important to me that our host did not shy away from showing us some controversy on campus. For as my own college days once resonated with strong anti- war sentiment during the Vietnam War, I could similarly feel why the prominent statue presence of George Washington at Oxford raised issues of slavery and human rights protest fever now. Our campus tour would then delightfully end with a bit of sports entertainment as our guide intuitively sensed my need to roam around the Miami University Football stadium, better known as the “Cradle of Coaches” Thank you my yoga friend for spending time with us today.