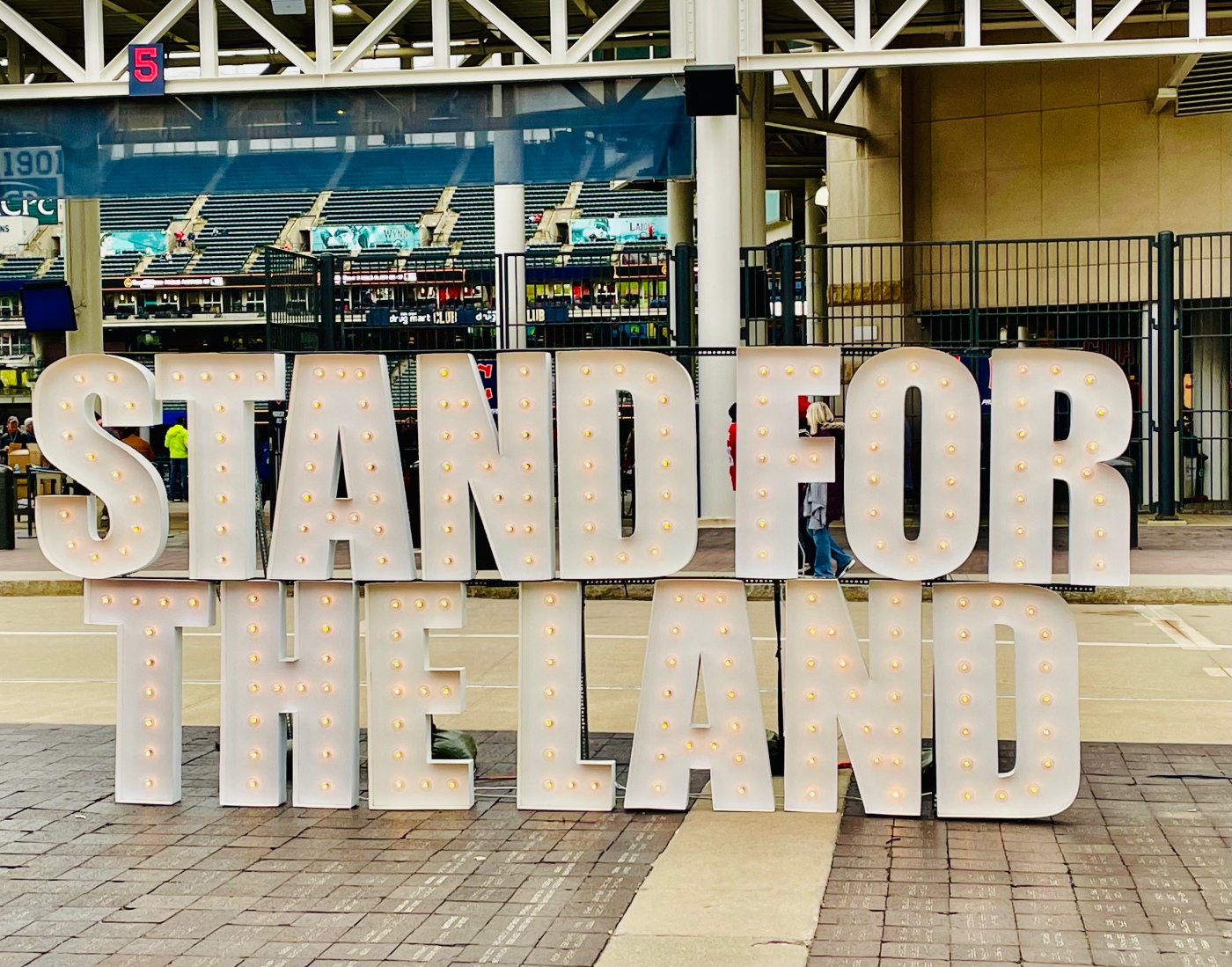 “ Every man can transform the world from one of monotony and drabness to one of excitement and adventure.” (Irving Wallace)

Sometimes our road trips seem influenced by the whims of the heart rather than the logic of rational planning. In the case of our latest Fall adventure, some unforeseen emotions have transformed our normally clockwise oval route from east coast heading west and back to more of a zig zag pattern of random locational choice since we left Texas last week. As a result, our latest destination drives to Memphis and Louisville vicinities in the Midwest have lasted longer, Involving nearly five hundred mile sprints each day.

All of this apparent road trip confusion seemingly happened because my beloved Major League Baseball team, the Cleveland Guardians unexpectedly made the Wild Card playoffs this year. It then became necessary reach my former Cleveland hometown as soon as we could, to celebrate locally this rare occasion. As an added bonus, sheer emotion would give me the chance to act like a “kid” again when I luckily purchased decent tickets to attend two out of three of these  scheduled home games last weekend at Progressive Field. In retrospect, I’m grateful that I remained determined to “Stand For The Land” as they won both games against the Tampa Bay Rays in dramatic fashion to justify my decision.

So as you examine the following photograph set, join me in taking notice of how your passions for sports teams might influence where and when you travel in the future. I also want to thank my wife’s cousin Jo and her husband Tim for putting up with me this past weekend with my anxious “game face” on during our four day stay with them again in their “comfy” home. With a windy chill in the air, we’re on next to Nebraska, looking forward to those “Great Plains” drives amid more wide open spaces.

One thought on “Road Trip Opens The Heart”