Injustice – violation of the rights of others; unjust or unfair action or treatment.

I live now in an era of troubling government times for my country. Why does heartless, family separation of immigrant families take place along American borders ? How can needy individuals with severe, medical preconditions be threatened with loss of vital, Obamacare coverage? Why are so many people in the U.S. disenfranchised from voting in elections? To what extent does violence spread across the country as a result of the daily hatred spews of our current, “Bully Pulpit” President?

With no surprise then, I’ve seen plenty of human injustice during the course of our U.S. road trips.  Clearly, any observations of egregious forms of unjust hatred, bigotry, and violence AT ANY TIME OR PLACE  cannot be denied or ignored. Exhibiting my typical interest in truthful representation of past events as a former history teacher as well, I thus present several, revealing examples of injustice learned from such recent road trip travels. I sincerely hope that your interest in this blog will thus spread mindful interest in support of this issue as the 2020 election draws near.

In Eastern Tennessee , I sadly observed reminders of the forced removal of the Cherokee Indians during their “Trail Of Tears”  exodus to Oklahoma from their sacred homelands in the early 1800s. 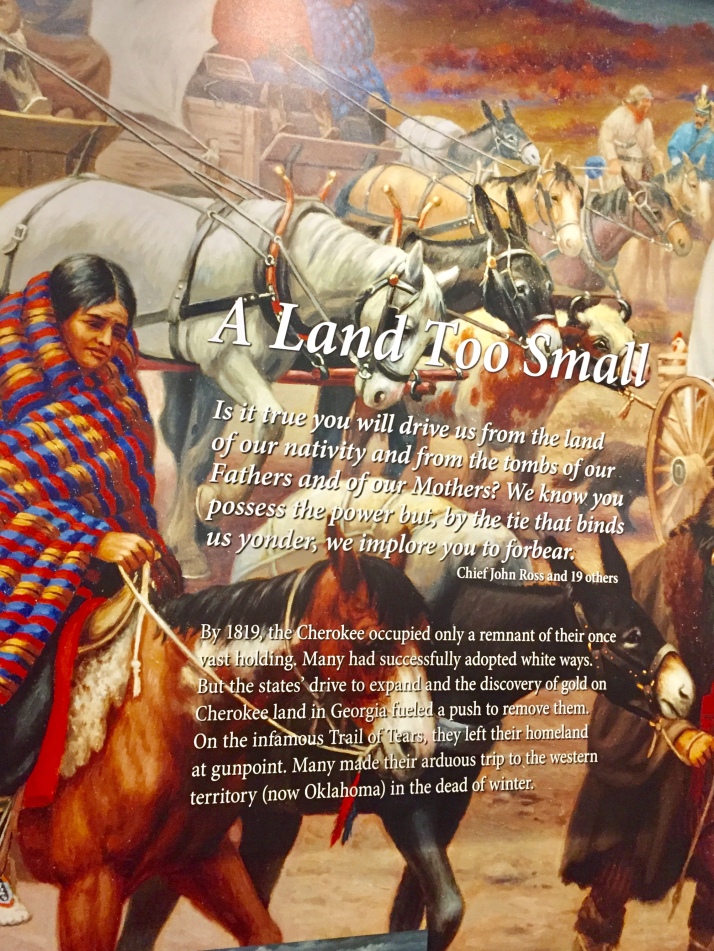 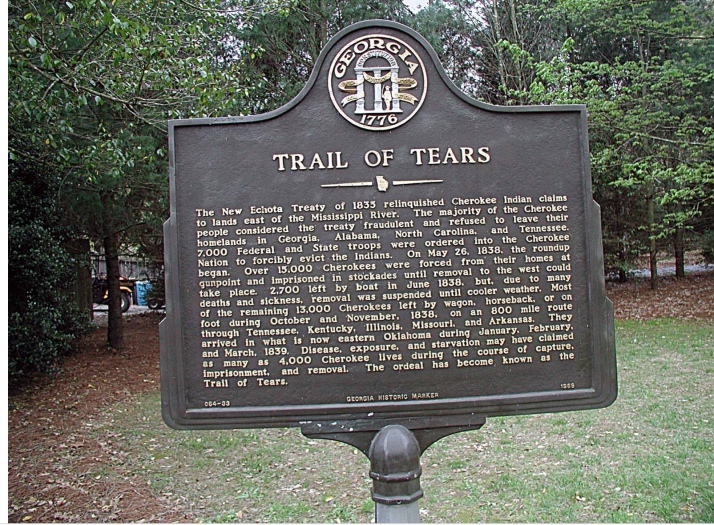 In San Francisco, I found startling evidence of the unwelcoming presence of Chinese immigrants held             captive at government processing stations on Angel Island      at the turn of the 20th century. 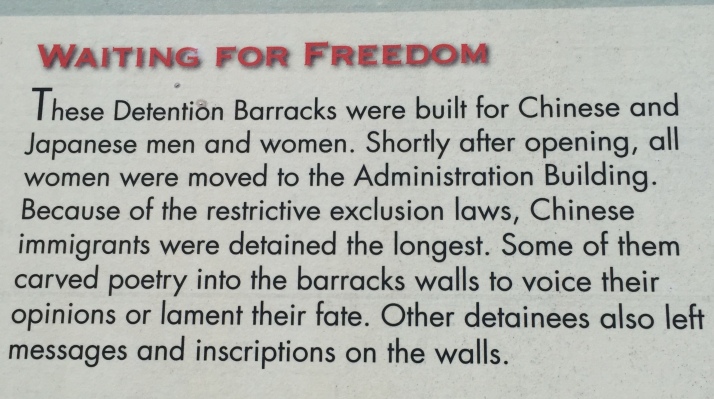 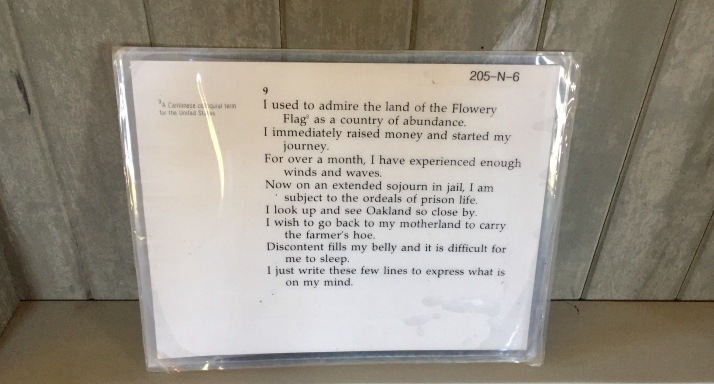 At the Old Idaho Penitentiary in Boise, a brief tour of the prison grounds/buildings confirmed that burdensome  guard rules and poor incarceration conditions fueled an atmosphere of unjust, human oppression there over its 191 year functioning history. 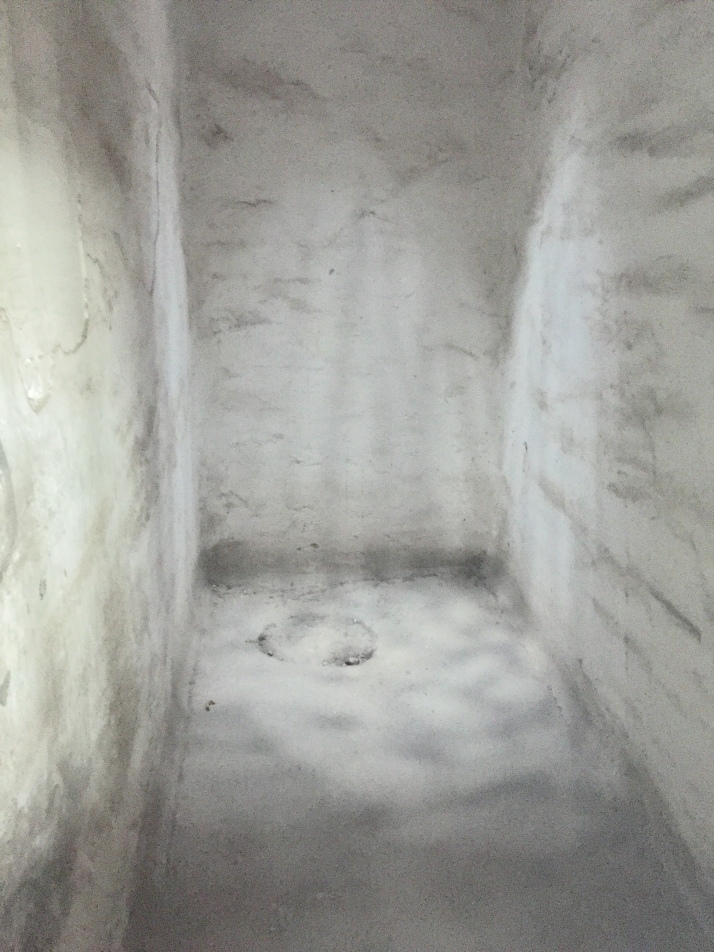 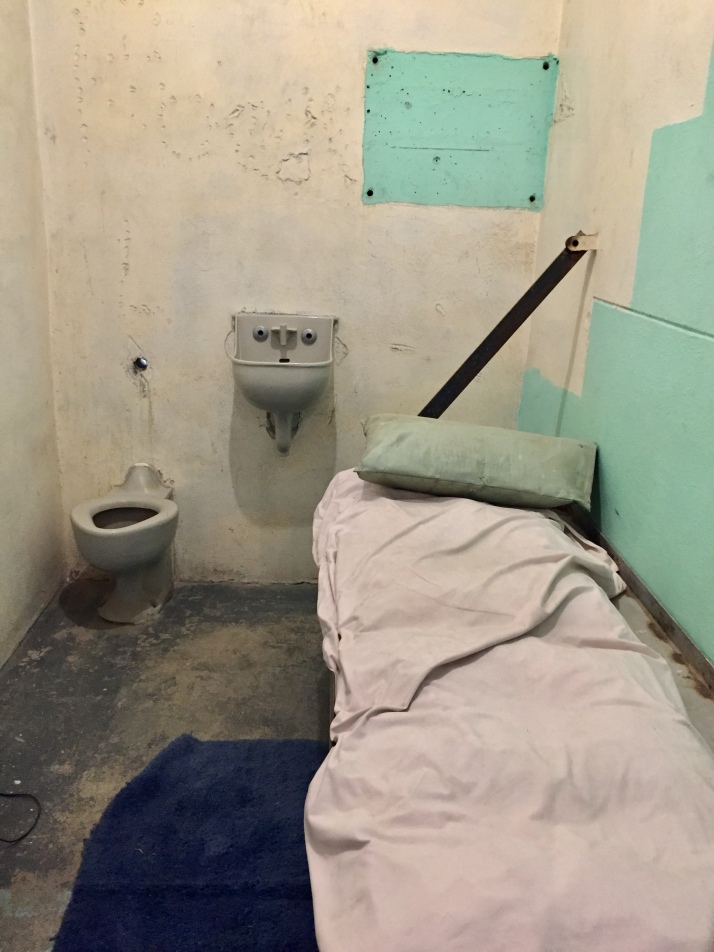 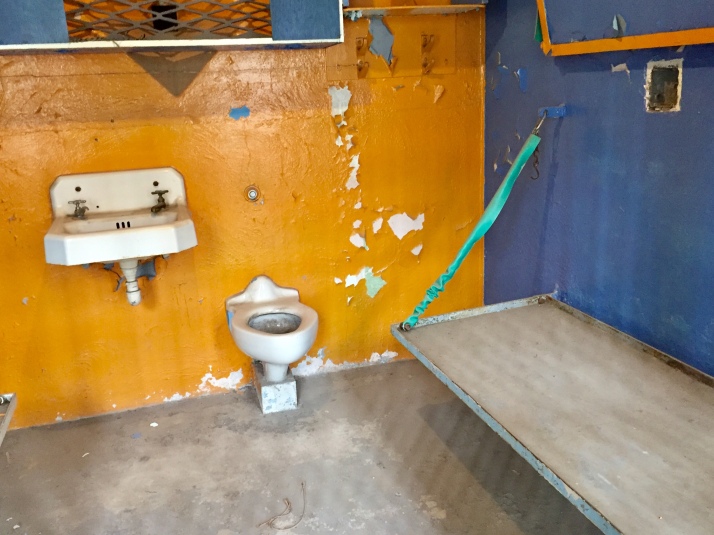 At a Civil Rights Museum In Montgomery, Alabama, I witnessed graphic scenes of Rosa Park’s heroic stand to risk arrest on December 5, 1955 in order to protest white racist, seating policies on a city bus. 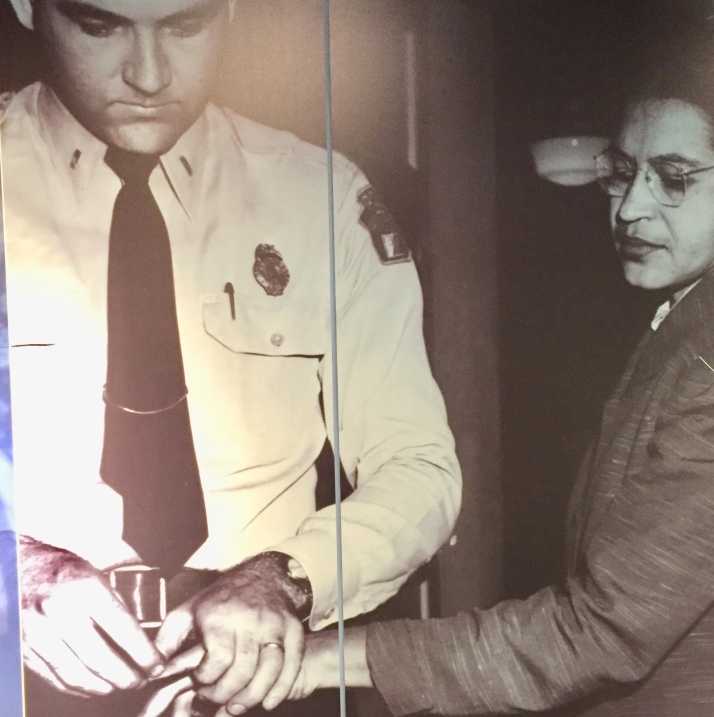 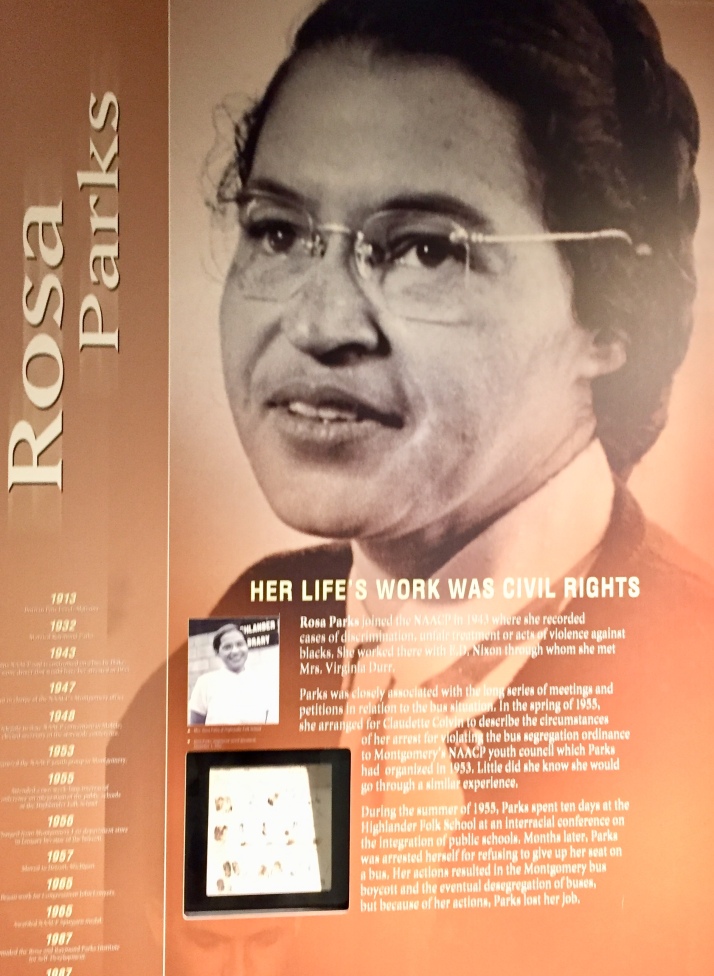 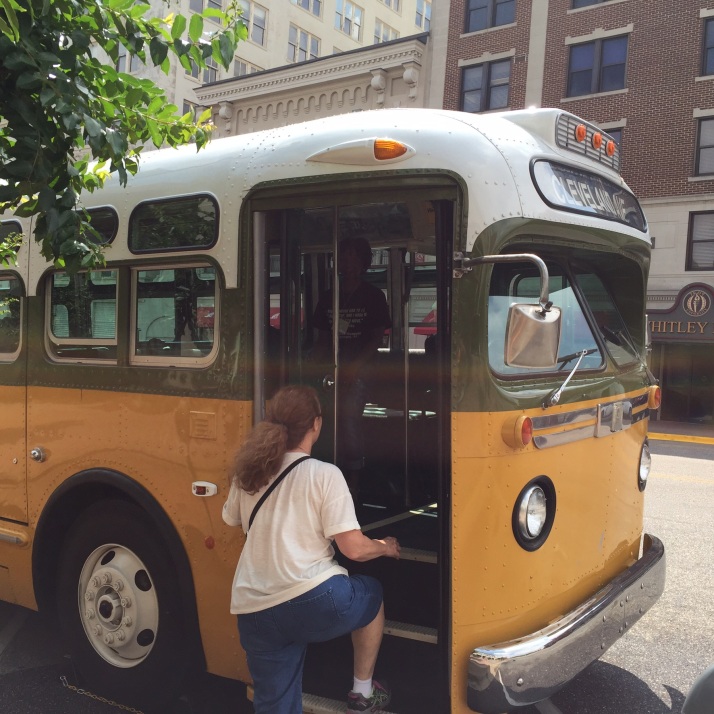 I stood  near a famous bridge near Selma, Alabama,   where the March for Civil Rights crossed there on March 7, 1965. Gazing at physical mementos of this historic day, my heart filled with sympathy for these courageous American heroes who endured racist filled violence on “Bloody Sunday” 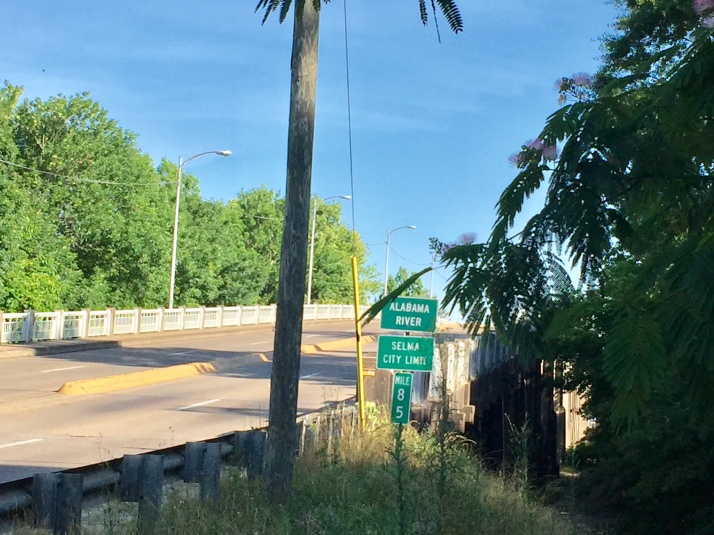 At the American Jazz Museum in Kansas City, Missouri, I  admired the creative brilliance of talented black musicians inspired by their vigorous opposition to a U.S. era of blatant race intolerance/ bigotry prevailing in the last century. . 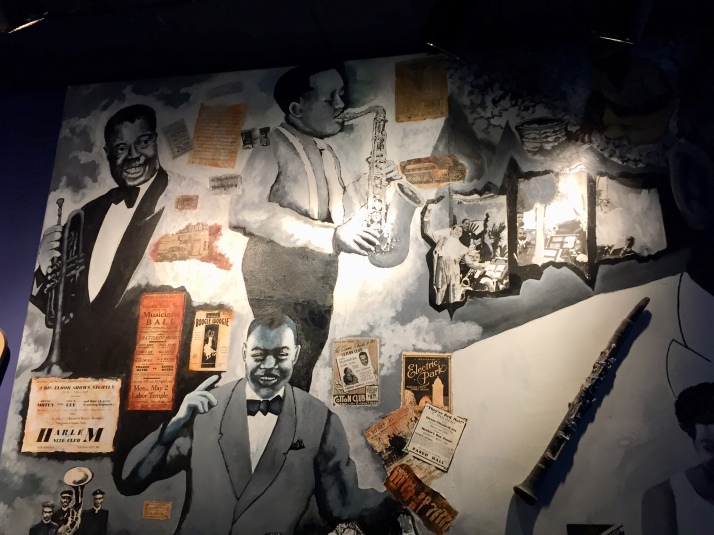 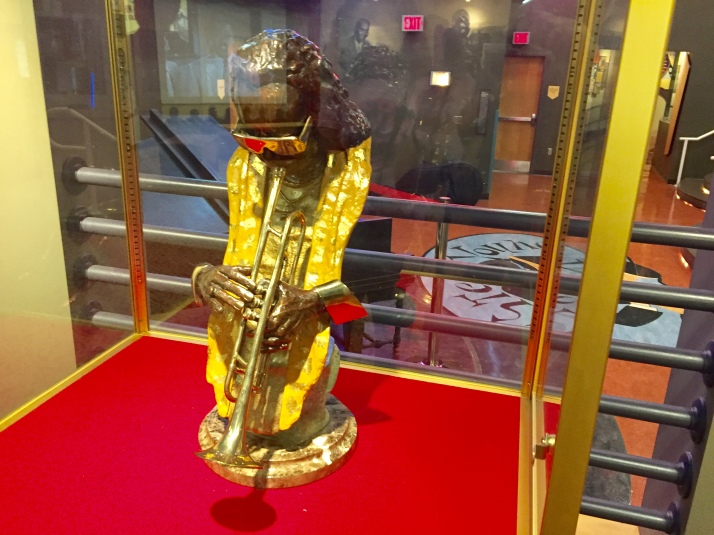 Along major highways in the “Deep South”, the Confederate Flag flew proudly to signify that past Civil War bloodshed incurred over slavery remains a dangerously divisive issue for our country today. 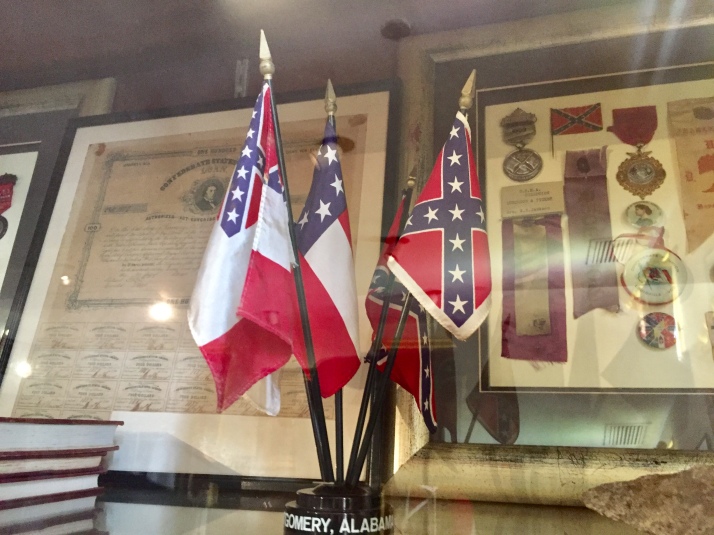 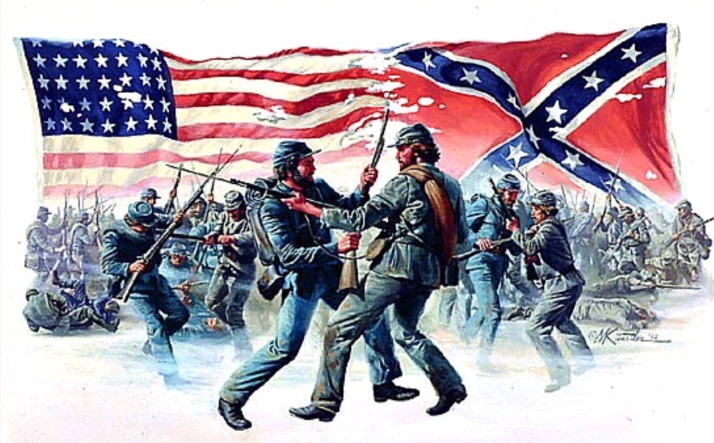 I close this blog with a more recent U.S. example of injustice in action. This past  Monday, Carlos Hernandez Vásquez, a 16-year-old Guatemalan became the sixth child to die in Customs and Border Protection custody since the Trump administration began enforcing enhanced security measures at the Mexican border.  Consider then, the significance  of the following quote as the 2020 election cycle approaches. “I think people should be angry at things that are worthy of anger. Injustice is outrageous and deserves outrage. “ (Chris Hayes) 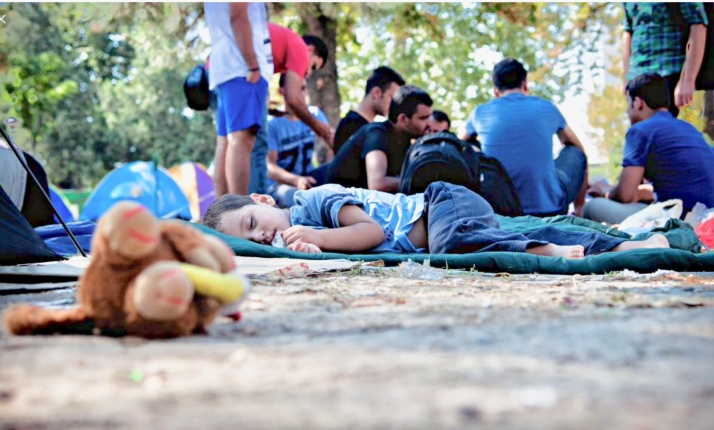 19 thoughts on “In Full Sight Of Injustice”